We unravel crystallization processes across the scales. 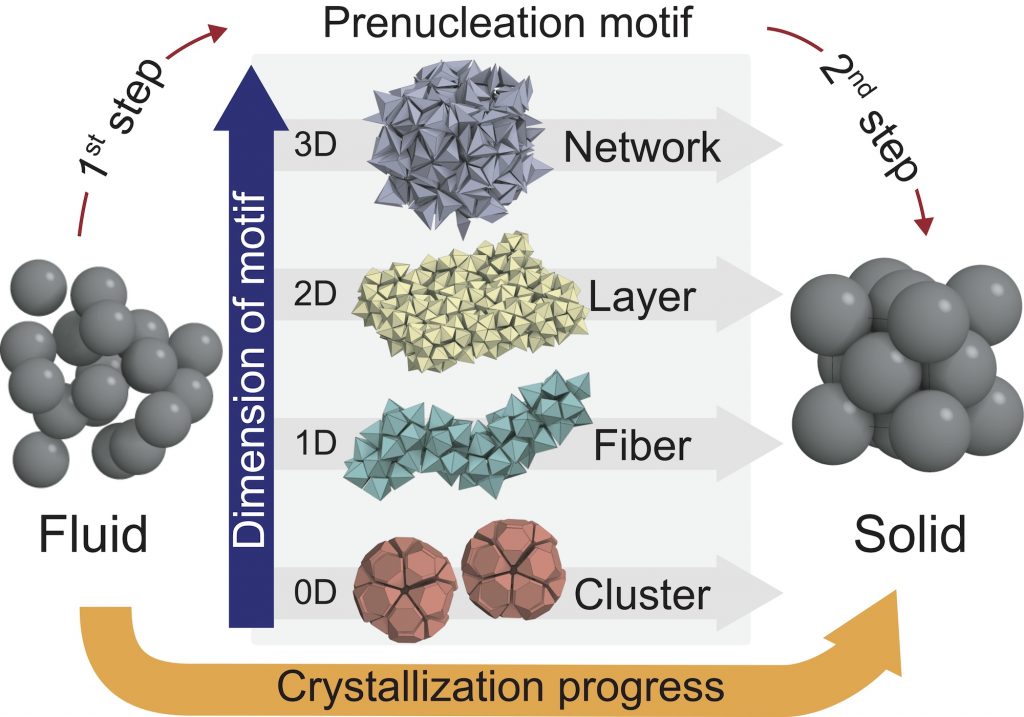 Dynamics and stabilization of quasicrystals

A quasiperiodic crystal, or quasicrystal, is a structure that is ordered but not periodic. Shortly after the discovery of quasicrystals in 1982 it was proposed that the atoms are not fully trapped in a single local equilibrium position but chose between several minima. Elementary excitations are called phason flips and the associated collective motions are phason modes. We established the existence of phason flips in simulation and proved that the entropy contribution of phason modes is sufficient to stabilize random tiling quasicrystals over similar approximant crystals.

Complex metallic alloys, characterized by large unit cells, are interesting because they show unusual physical behaviors and properties. One such property is the appearance of metadislocations. These line defects involve a reorganization of the material in an extended region around the dislocation core. We developed a geometric theory and derived an optimized crystal structure with ab initio methods for the description of metadislocations in Al-Pd-Mn alloys.